Here's an idea for the question-mark graphic. I'm not sure whether I like it or not, so I'm putting it here. If someone else likes it too, feel free to go ahead and use it. (I'm also not sure whether it's a good idea to have it as rendered ConTeXt -- it's a fun idea, but it may make it a bit slower to load.) 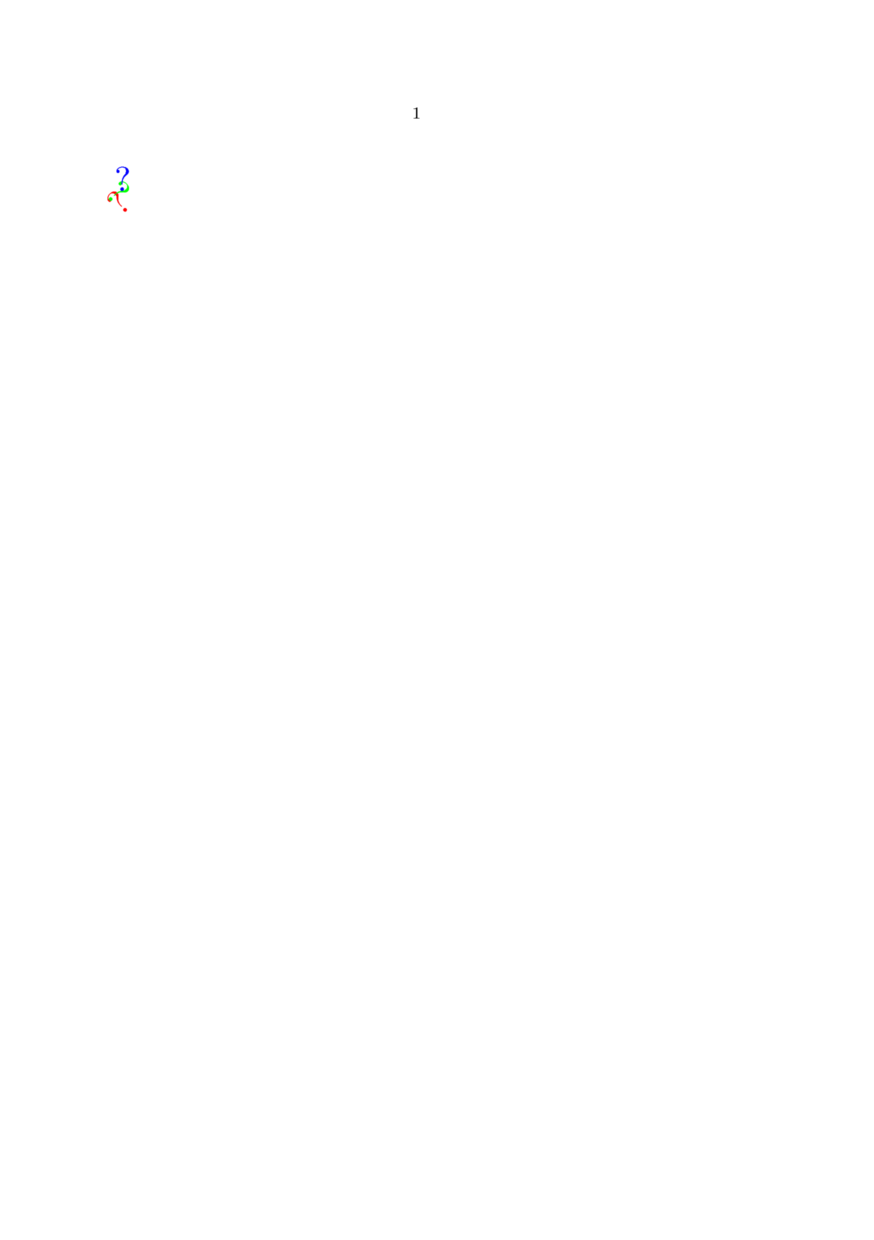 Wow! I haven't even thought about using internal ConTeXt stuff for rendering graphics. I would search forever for a good graphics elsewhere. Personally I like it. If someone doesn't like it or can do it better or if we want to unify the symbols later for whatever reason, it can still be redone, but I would leave the rendering work to ConTeXt.

Patrick knows it better, but I believe that rendering is done only once and then the old PNGs are used, so it shouldn't be any slower than if we upload a picture. Mojca 11:23, 12 Aug 2005 (CEST)

Brooks, this is very nice! About the speed/rendering: If the text between the context tags is not changed, no TeX process will get started. Only a checksum is calculated for the code (which should be very fast for such short code). So I think that this is a good way. --pg

viewing all the howtos

Patrick, thank you for correcting the link. I noticed that stupid mistake, but I was away for a while and couldn't correct it. I would like a link to a page where all the pages containing the howto template would be shown (just as all the pages from one Category are shown). I thought that after adding the template to the page, the page would already show up in the How to automatically. Any ideas how to do it?

Hmmm ... now that we have it, perhaps this is just the right place to put (the first) question mark :)

OK, thank you anyway. I'll also try to ask some local wiki gurus for help. I wonder why http://sl.wikipedia.org/wiki/Category:Škrbina works. (Sorry for pointing to the Slovenian site (Stub Category), but it's English equivalent http://en.wikipedia.org/wiki/Category:Stub is empty.)
The most strange thing about it is that if you take a look at any article listed there (say Adrenalin), no Category is given explicitely, only the {{Stub}} template is used. Also, if you ask for statistics there, all the stub articles are excluded, so there must be a way for special treatment of some articles such as the Taco's Release Notes. If I find out anything, I'll report it. --Mojca 00:15, 14 Aug 2005 (CEST)

Addendum: The Bold small caps page showed up on the list when I made a minor edit to it and saved my edits. Apparently the system simply didn't process the changes through until the pages itself was edited, or something like that. (My guess is that adding a category to a template doesn't actually add the linkbacks for the pages containing that template to the category listing, and one has to edit the pages to invoke the code that adds the linkbacks. This is arguably a Wiki bug.) --Brooks 01:51, 15 Aug 2005 (CEST)

Let me rephrase that for clarity. I added the template to the Document Titles page, and noticed that this put the "Categories" link at the bottom of the page, and added Document Titles to the list on Category:How to. I also noticed that the "Categories" link was properly at the bottom of the Bold small caps page, but that it didn't show up on the category list page.

Thus, I concluded that the list on the Category:How to page is statically generated. This implies that, at some point, a bit of Wiki internal code must be called to put things on the list. I hypothesized that the code to add page X to the list is called when page X is edited, but is NOT called when a template on page X is edited. Corrolary to this hypothesis is that the only reason that Bold small caps was not appearing on the list was that it had not yet been edited any after the "category" bit was added to the "How to" template, and thus that bit of internal code to add it to the list had not been called. I tested this hypothesis by making a very minor and unrelated edit to the Bold small caps page, and discovered that this did indeed cause it to be added to the list on Category:How to.

I suspect that this should be reported to MediaWiki as a bug, but I don't know enough about the system (and how up-to-date our install is) to do that, and I suspect it would be better done by one of the administrators.

I will update the wiki software soon. Then let's check again. (I don't like reporting bugs to old software) --pg