\starttabulate is a versatile table environment. It supports paragraphs in cells, vertical rules (for those typographically less demanding jobs …), and colorization of those rules, the background of fields as well as the text itself.

When using fixed width, you can use values relative to the current page-width. For example: if you want the previous table take up all the width and having the second column taking three quarters of the space, change the starttabulate to: 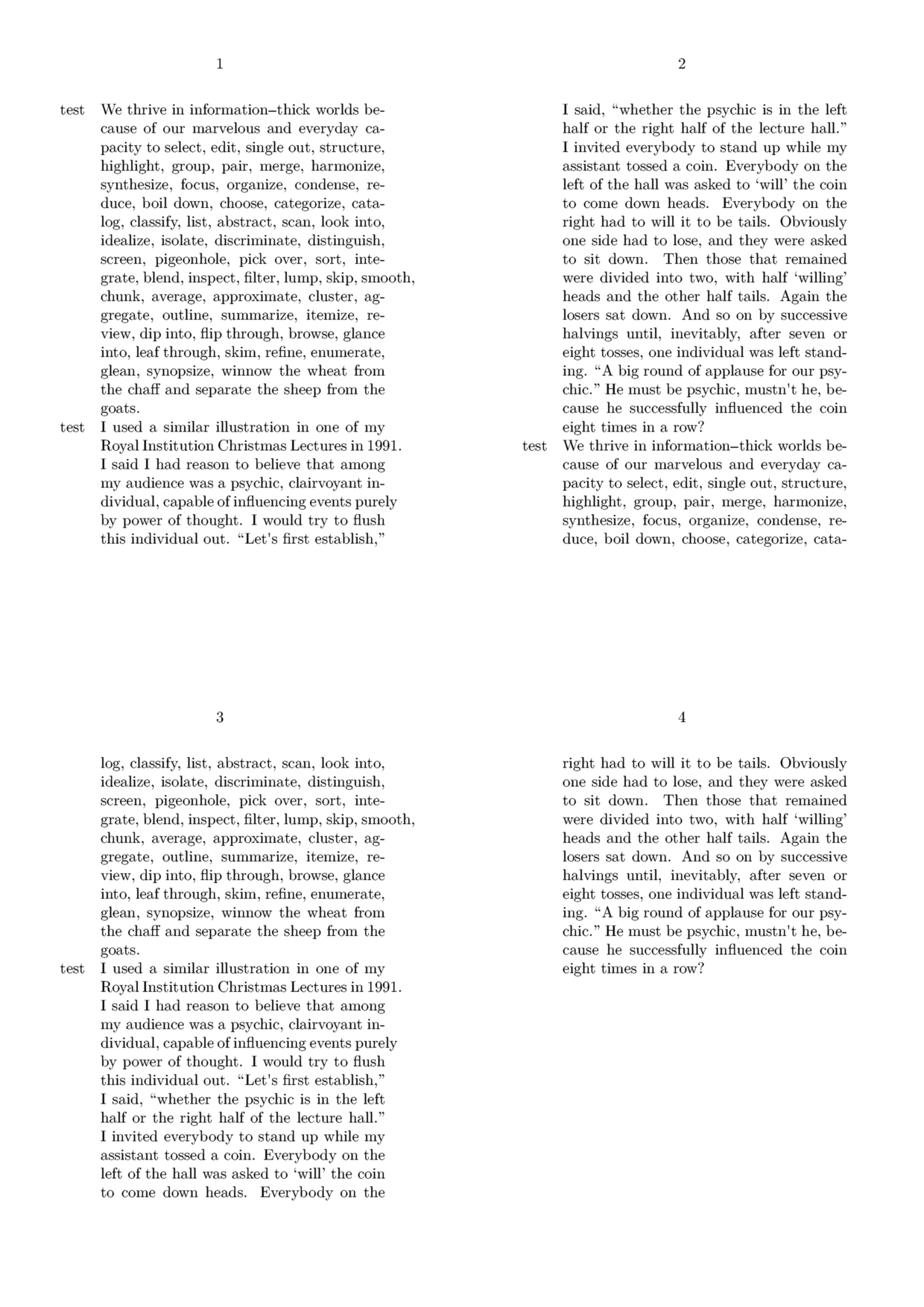 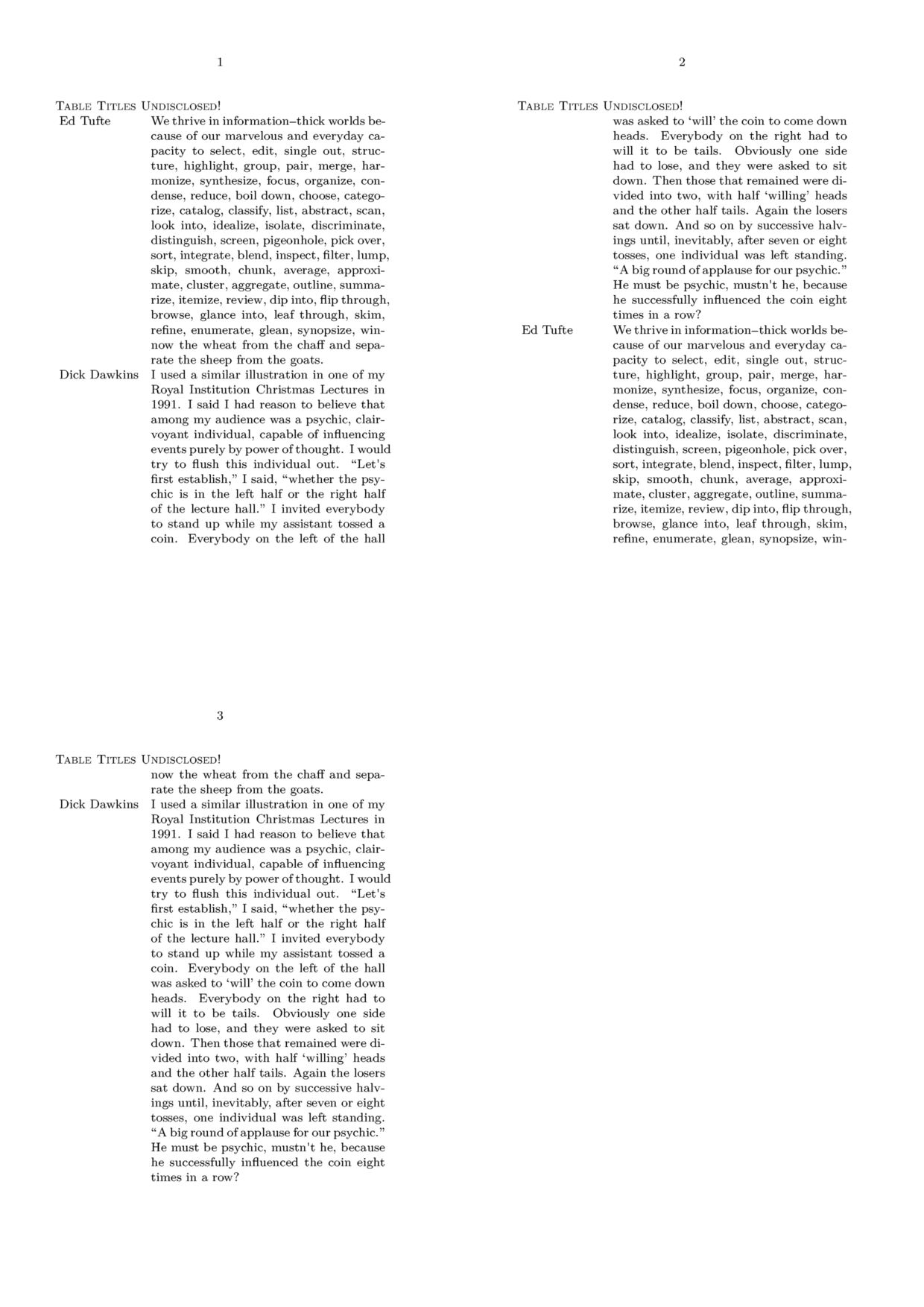 If you want to display numerics, you can simply use \NN for a new column instead of \NC. This command works similar to the digit-module. Therefore you can also abbreviate:

although both variants do work.

Itemization inside a tabulation

The following issue is related to MKIV:

When using an itemization inside a tabulation where one uses also the \head command there occurs a snapping problem. This is related to penalties which force a twoline split whereas the snapping mechanism prevents this. As a result two lines are typeset on top of each other. The solution is to add the following statement to the preamble:

The following code provided by Wolfgang Schuster demonstrates the problem: Compile with and without the line \tabulatesplitlinemode\plustwo