TeX is getting a new engine—luaTeX. As its name suggests, luaTeX adds lua, a programming language, to TeX, the typesetter. I cannot overemphasize the significance of being able to program TeX in a high-level programming language. For example, consider a TeX macro that divides two numbers. Such a macro is provided by the fp package and also by pgfmath library of the TikZ package. The following comment is from the fp package

To a first approximation, the interaction between TeX and lua is straightforward. When TeX (i.e., the luaTeX engine) starts, it loads the input file in memory and processes it token by token. When TeX encounters \directlua, it stops reading the file in memory, {\em fully expands the argument of\/ \directlua}, and passes the control to a lua instance. The lua instance, which runs with a few preloaded libraries, processes the expanded arguments of \directlua. This lua instance has a special output stream which can be accessed using tex.print(...). The function tex.print(...) is just like the lua function print(...) except that tex.print(...) prints to a TeX stream rather than to the standard output. When the lua instance finishes processing its input, it passes the contents of the TeX stream back to TeX.[2] TeX then inserts the contents of the TeX stream at the current location of the file that it was reading; expands the contents of the TeX stream; and continues. If TeX encounters another \directlua, the above process is repeated.

I could have written a wrapper so that the function takes a list of words and chooses a random word among them. For an example of such a conversion, see the sorting a list of tokens page on the Sort_a_token_list luaTeX wiki

Thus, for example, instead of \ctxlua and \type{\startluacode ... \stopluacode}, the user instance can be accessed via the macros \usercode and \startusercode ... \stopusercode. In instances other than isolated, all the lua functions defined by ConTeXt (but not the inbuilt lua functions) are stored in a global name space. In the isolated instance, all lua functions defined by ConTeXt are hidden and cannot be accessed. Using these instances, we could write the above \CHOOSERANDOM macro as follows 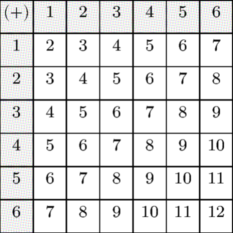